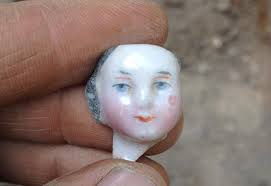 No two dolls were alike. For some girls, their doll may have been their only possession.
(Boston City Archaeology Program)

In the fall of 1853, several women met in the home of Mrs. Lucy O. Bowditch with the purpose of establishing an Industrial School for Girls. These women wanted to create a place where young, disadvantaged girls could be properly cared for, receive an education, and be trained to work as domestic servants. Their goal was to “prevent evil” in the girls. They sought to:

“train these children to good personal habits; to instruct them in household labor; and to exert a moral influence and discipline over them which should fit them to be able and efficient in domestic service, or in any probable mode of gaining their own livelihood.”

By November first of that year, they had procured a large house in Winchester, Massachusetts and opened the school with one matron, one teacher and one student. By 1858, the managers realized the Winchester property was “inconvenient for so many reasons”. They were beginning to outgrow the space and a house was not conducive for a school. In June they bought the property at 232 Centre Street in Dorchester and hired a well-known Boston architect, George Snell, to design their new school, and William Rumrell to build it.

A Map 1918 of the Industrial School for Girls showing the carriage house in back. (Bromley Atlas, Plate 22) 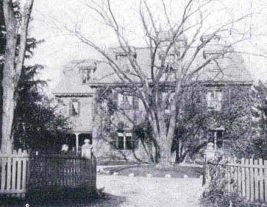 In January of 1859, less than six months later, the new building was completed and some thirty girls, the matron, and the teacher moved in from Winchester. The school contained a schoolroom, dining area, kitchen, laundry room, and playroom. The second floor housed rooms for the matrons and teacher, along with two dormitories—each equipped with sixteen single bedrooms from which the girls could see the Blue Hills or Boston Harbor depending on the location of the bedroom. The property itself was square-shaped, large, and open; it included a carriage house, an attached privy, open exercise grounds, and a garden with several trees on the property and along its edges. 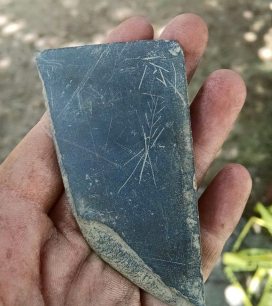 The girls were schooled in reading and writing during their time at the school.
(Boston City Archaeology Program)

Prospective students went through an application process. In order to qualify for admission, the girls had to come from destitute families. For many, this meant their parent(s) were unable to support them financially, were prone to drinking and/or were incarcerated.  In other cases, the parent(s) were noted as ill, absent, or dead. By 1858, their popularity had grown such that for every one girl they accepted into the school, they had to turn away two. They felt it was important to “work thoroughly with a few than superficially for many.” When the school first opened, students accepted ranged in age from six years to fifteen years old, but by 1898 the directors raised the minimum age to eleven. Initially, the girls were educated, trained, and lived in the school, but by 1881 the girls began to attend Dorchester’s public schools and returned for their vocational training at the Centre Street property in the afternoons. The yard offered space for the girls to play and “not disturb the neighbors,” and accommodated their garden, which provided fresh food for their meals. Although the school did not affiliate with any religious organizations, the girls did attend the local Congregational Church. 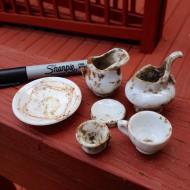 Although the girls played with dolls, the may have also used them to practice their vocational skills. Perhaps they used this doll tea set to learn how to prepare and serve tea. (Boston City Archaeology Program)

The girls did a lot of sewing at the school. It was a helpful skill–some even went on to become seamstresses. (Boston City Archaeology Program) 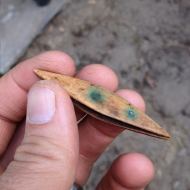 The Dorchester Industrial School for Girls provided a unique system of individual guardianship. When the school placed girls into homes to work as domestic servants, they assigned each girl a guardian (usually a school manager), who checked in on the girl to make sure her placement was a satisfactory one. This relationship often lasted for years. This program was unusual, as most industrial schools ended their responsibility to their students once they left. The Dorchester school’s program was so unique that it was a topic of discussion at conferences and in professional publications.

Since it was built in 1859, the Industrial School for Girls building was continuously used as a school until it merged with the Home for Little Wanderers in 1941, changed its name to the Everett House, and implemented a new mission: to house girls who were in trouble with the law. In 2011, the Home for Little Wanderers sold the property to Epiphany School, Inc.—an organization that also serves economically-disadvantaged children. The Epiphany School has chosen to keep the historic building and build a new facility around the structure. Perhaps the historic school on Centre Street will now serve another 160 years helping and educating children. 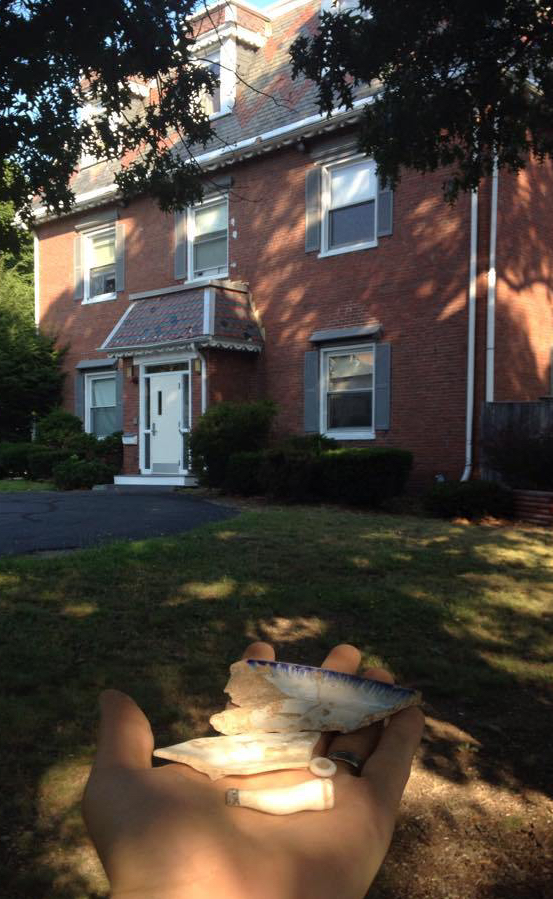 The story of the Dorchester Industrial School for Girls cannot be told through historical documents alone. Click here to see what City Archaeologist, Joe Bagley, and his team uncovered when they conducted an archaeological dig on the property.
(Boston City Archaeology Program)

9 thoughts on “A Brief History”